The 2016 Finance Bill sees the introduction of important tax changes for property investors that were originally announced in the 2015 Budget.

From 6 April 2016 onwards there are important tax changes affecting the replacement of furnishings for buy to let landlords. 6 April 2017 will see the start of mortgage interest being restricted to basic rate only.

Until 5 April 2016 landlords who were letting residential property on a fully furnished basis were able to claim a 10% “wear and tear” allowance towards the cost of the depreciation of furnishings.

This simple allowance was an alternative to claiming a deduction for the actual cost of replacing furnishings which was a concession that applied up until April 2013.

So for example, where the gross annual rent was £9,000 there would have been an allowable deduction of £900.

This change seems to be inconsistent with the government’s stated desire to simplify the tax system.

The new relief for replacement of furnishings in property businesses

Up until April 2013 it used to be the case that where furnishings were replaced in a property rental business there was deduction for the cost of the replacement items in arriving at rental profits.

This was never a statutory deduction and was accepted by HM Revenue and Customs on a concessionary basis. That concession was controversially withdrawn at relatively short notice in 2013 so for a three year period, unless landlords were eligible for the “wear And tear” allowance there was no relief for furnishings.

As the result of extensive lobbying by the accounting profession, and the residential landlords association, the relief has been restored on a statutory basis from 6 April 2016 by the latest Finance Bill.

The new relief provides a deduction for the actual cost of replacing furniture, furnishings, appliances and kitchenware for the use of the tenant in the let property.

Note that there is no allowable deduction for the initial fitting out of the rental property, just the cost of replacement Items. Furthermore the allowable tax deduction applies on a like for like basis so if there is any significant Improvement then the tax relief will be restricted. So, for example, where a washing machine is replaced with a washer/dryer costing £600, tax relief would only be available for the cost of the equivalent washing machine costing say £400.

No renewals relief for other businesses

Although the renewals basis has been reintroduced for rental businesses from April 2016, it has been withdrawn for other trading business. This relief was previously referred to as the “loose tools” deduction.

Consequently there is no longer relief for the replacement or alteration tooling. In future HMRC would expect such expenditure to be dealt with through the capital allowances rules, most likely by making a short life asset claim.

No change for Furnished Holiday Lettings

The above changes to the renewals basis do not apply where the property rental business falls within the definition of a qualifying furnished holiday lettings (FHL) business.

Such businesses continue to qualify for capital allowances when plant and machinery used In the course of that business is acquired and would benefit from the 100% write off under the Annual Investment Allowance rules.

There are strict conditions for the property business to qualify as FHL, the most important condition being that the property is let for at least 105 days (15 weeks) in the tax year, and comprises a series of short term lets.

Note that under the capital allowances rules, relief is not just available for replacing assets but also for the initial furnishing of the holiday property.

As previously announced the current deduction available for mortgage interest and other finance costs starts to be phased out from 6 April 2017.  In 2017/18 only 75% of finance costs will be deductible in arriving at rental profits, the remaining 25% will only qualify for basic rate tax relief.

In 2020/21 there will be no deduction against rental profits for finance costs, just a basic rate tax reduction. This will not only affect higher rate taxpayers but will also have the effect of pushing some landlords into higher rates of tax.

Currently where a buy to let landlord has £10,000 a year net rental profits after deducting £30,000 mortgage interest, in

Note again that the restrictions do not apply to any part of the amount borrowed for the commercial letting of furnished holiday accommodation. Furthermore, the restriction does not apply to loans for property development trades, or loans secured on a let dwelling house which are applied for the purposes of a trade. 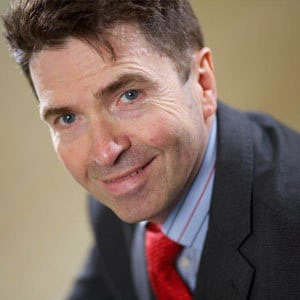